With its inaugural concert in 1988 the New London Orchestra established a reputation for bringing neglected music back into the general repertory. The NLO promoted works by Martinu in its first two years, some time before Martinu became a household name. Similary the NLO promoted British Light Music Classics, and its recordings for Hyperion brought light music back to the airwaves, with Volume 2 winning awards for Gramophone Editor's Choice and Critics' Choice and Classic CD Readers' Record of the Year. The NLO featured a selection of British Light Music Classics at the Carnival Prom at Snape Maltings in 2017.

The NLO has made 20 recordings for Hyperion including works by Virgil Thompson, Poulenc and Bacewicz, major un-recorded works of Sullivan (including The Golden Legend) as well as recordings of musical stage works (The Geisha and The Maid of the Mountains). Other recordings include Rutland Boughton's opera The Queen of Cornwall for Dutton records and the NLO features on discs as diverse as Hurd's children's cantata Jonah Man Jazz and a recording of choral works by Rubbra. The orchestra is also featured on the soundtrack to the award-winning film Chocolat.

Outreach, research and educational work under the banner "Adventures in Music" has always been an important part of the NLO. The orchestra promoted a festival "Music and the Mind" at UCL and conducted ground-breaking research in conjunction with the Institute of Education in the London Borough of Newham, which demonstrated significant improvements in students' reading ability as a result of a series of workshops devised by the NLO.

In January 2020 the NLO recorded the world première of Tavener's Palintropos with the young Japanse pianist ARUHI. 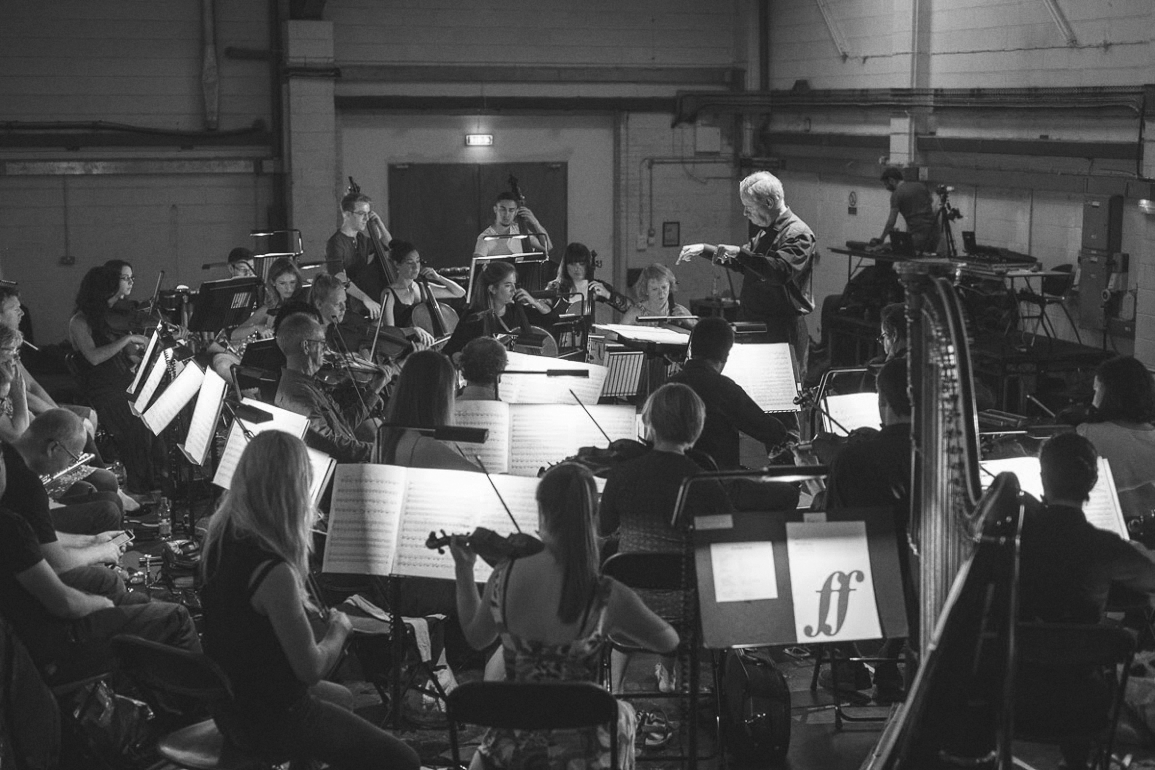 Former Secretary of State for Education